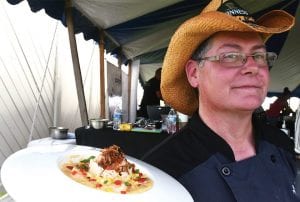 Culinary creations will be the focus of four days of competition set for Wednesday through Saturday, Sept. 18 to 21.

The Texas Super Chef throw down series will return with 30 chefs competing over three nights at six different restaurants in Port Aransas.The fourth day is a culmination of the competition with the “Final Throwdown.”

Texas is the first state franchise of the World Food Championships (WFC).

The WFC is the largest competition in “food sport” and a starting point for chefs as they seek to achieve fame through nationally broadcast network TV food shows.

The Port Aransas Chamber of Commerce and Tourist Bureau secured the franchise to host the event that will send competitors to the national championship in Alabama.

Each night of competition in Port Aransas will feature a different theme.

Chefs will be challenged to create culinary masterpieces that feature the main ingredient from the nightly themed,“by land, by sea and by air.” 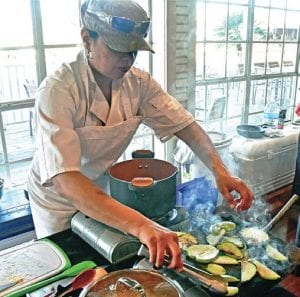 The final event will be the “grand tasting finale.”

Tickets are on sale starting at $30. Admission to each event includes an appetizer, drink and food sample created by each competing chef at each restaurant.

Two restaurants will offer seatings each night of the competition. With the “Final Throwdown” at Palmilla Beach Resort and Golf Community.

For more information and to purchase tickets, go to https:// texassuperchefs.com.

Watch issues of the South Jetty as the competition nears for more information about the venues and the competing chefs.